Does Your Company Have a Mission or a Vision? 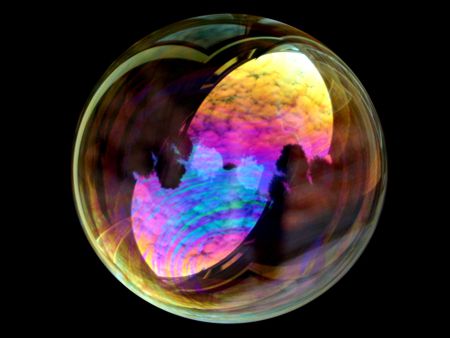 The Key to Having a Vision is That It Holds Possibilities.

Having a vision of where you are going is very different from a goal or even a mission statement.

Goals and even mission statements are often limiting, in part because they tend to keep things the way they have always been. By pushing the past forward, by defining the future ideals and growth of a company based on past experiences and biases, they can leave very little room for real growth and change, and that becomes even more of a problem in challenging economies.

The key to having a vision is that it holds possibilities. The key is a broadcast to the world of where the heart and enthusiasm of the company are striving, how it sees itself and what it looks like.

A true vision is not held back by beliefs, assumptions or current tendencies. It is a way of tuning to potential and to the possible rather than the probable.

A vision operates on two levels

On the surface, it acts like a unifying principle that the company and its employees can strive towards. It pulls the mutual enthusiasm of the employees forward. When that mutual resonance is greater than the sum of its parts, there is greater energy moving forward, with many positive effects. Among them is that the enthusiasm is contagious and affects how the public perceives the company, and that can influence profits. Enthusiasm also influences how employees feel about their employment, the company and other employees. This can translate into greater effort, better results and greater stability, as most people perform better when they like where they are or what they do.

At a deeper level, the vision welcomes the possibilities that have not yet manifested.

Our Vision is a Dialogue With the Universe

Our Vision is our willingness to participate in our becoming.

For decades, modern science has been describing a universe that not only behaves like particles, but also like waves. The consequence of waves is that resonance and tuning become very important. What we tune to determines our fate.

Take listening to a radio for example. Whether it is a rock station, an interview or a classical music program, the tendency is to be attracted to and respond positively to what we resonate with, and to ignore or push away what does not pull us; what we do not resonate with.

Life and business are the same. We limit or expand what we are open to receive through our vision, how we see ourselves and thus what we tune to.

Our vision holds the key to the direction we are going. It says in effect - This is who we are and this is where we are headed. In this way, we co-create the future.

It is not just about where the company wants to be

The vision also holds the seed for its becoming. It is that seed that needs to be supported in turn by a new ‘vision’ statement. And then, and only then can the mission statement use our vision to unlock the future.

www.powerfullight.com  Copyright ©2012, 2021 by Roman Oleh Yaworsky.  All rights reserved. Any unauthorized use by whatever means is prohibited.