Quantum Physics for Business and Management 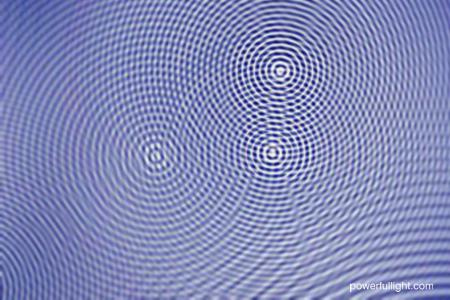 It is Important How Your Customers Tune to You.

For several centuries, western culture and business have embraced the idea that the universe is causal and linear: cause and effect. You run an ad campaign and you expect certain results. The pool of potential customers is a fairly known quantity and with the right sampling and manipulation, the profits can be determined.

A Blind Focus on Results
Can Lose Your Customers

So what may you ask has this to do with management and business? It has to do with the results. If you focus on the linear way of thinking, on cause and effect, then you can expect to get results by sampling your prospective clients and modifying your advertising and product towards profits. On the other hand, from a wave and resonance perspective, you might ask yourself: What group of potential customers tune into what you offer, how do you reach them, how do you encourage them to tune to you?

What changes the ball game or the perspective, is that things have moved towards the resonance way of being. The internet has resulted in groups of common interests through blogs and tribes. Blogs are essentially common interest communication forums and tribes have formed largely with the aid of the internet linking people with common interests and forming connections regardless of distance based on common beliefs, skills or experiences.

Why does this matter? Because with both of these, it is the customers that have begun to take over the individual company presences. It is both blogs and tribes that are defining companies. It is no longer individual companies that can generate a mission statement and an add campaign and effectively control their destiny. That is the linear understanding. What has happened is that the customer has increasingly become the adjudicator and determiner, the judge and the destiny.

Ultimately, it is the company's integrity, heart, energy and enthusiasm that is tuned to. And that being the case, it becomes increasingly more important to improve the core integrity of the company, what it stands for and how it is perceived from that stance and from its history of past actions.

The concept of the customer always being right is being replaced by the blogger being right, and corporations have set up blog sites that effectively cater to criticisms and complaints. In that way, companies get customers to tune to them even when they disagree. It works, because it gives them a chance to participate; it gives them a forum.

Customers and Employees Seek an Opportunity to Participate

When individual employees are offered the opportunity to participate, companies tend to thrive. We saw that modeled successfully in the post war boom of Japan. Much of the decision making for improving products, came from the ground up and the upper management took on more of a mediating role. Management allowed decisions to be made hands-on and it gave workers a real say in how the company was run, on how quality control was monitored, and it honored their input and suggestions for improvements. This proved to be the most efficient system.

This is also the direction for the future. It is the direction that is more survivable under more challenging times. That direction shifts away from being like a stratified dictatorship and becomes more like a tribal system, where everyone feels that they are not only pulling together but share mutual responsibility and concern for the welfare of the company.

The extension of corporations into a tribal dynamic is also an answer to a steady state or post expansive future.

To survive and flourish, means having more awareness of the community in which the company functions. It means having more integrity, honoring, flexibility, creativity and resilience. There is more respect for resources and there is less waste. A tribal dynamic is open to change, to learn and it is also self healing. In fact a tribal direction moves corporations towards longevity. It creates the environment that supports the four major characteristics that described companies with longevity according to Arie de Geus in his book, The Living Company. Those characteristics were sensitivity to their environment, cohesiveness, tolerance and frugality.