Saving Your Most Valuable Staff 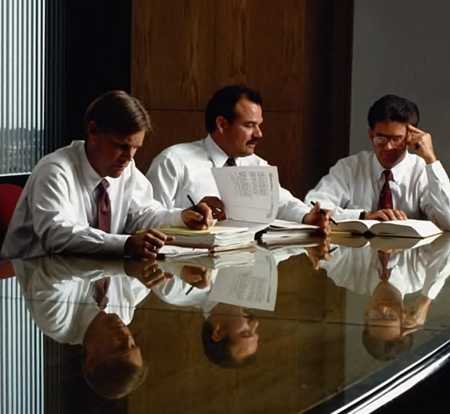 The Hidden Role of Toxic Handlers

It has been over a decade since the concept of the toxic handler has been researched and written about, and yet it still remains a major problem that corporations and companies of all sizes need to deal with and often ignore to their detriment.

The toxic handler is someone in an organization that puts themselves out to help the people around them. They often do double duty, fulfilling their own job requirements and helping others perform theirs. They may act as a band aid between superiors and those under their direction. They may absorb the feelings and emotions of workers distressed or reacting to issues with the company as a whole.

What sets toxic handlers apart from other staff is their degree of commitment to honoring people, their sense of fairness, level of compassion and a willingness to do the right thing, even at risk to themselves or their own careers.

These people are vital to the functioning of the companies in which they work.

Yet often, their contributions are ignored, in part because what they do is what others avoid doing. In essence they provide the courage, the willingness to listen and help and often the willingness to do what matters to improve the working relationships of the people around them.

They are the glue that helps to keep people from quitting or moving to another job.

They provide the human element for the company, that can make work tolerable for others in their reach. And perhaps most important, they help the people around them to regain the enthusiasm and sense of worth that these people may otherwise lose through their negative experiences in the work place. In that way, it keeps the energy, the very life blood of the organization flowing forward.

The Human Cost for Toxic Handlers

The other problem with toxic handlers is the emotional and physical toll and consequences that accompany their role. In 1999, a seminal research study by Peter Frost and Sandra Robinson published for the Harvard Business Review, found many managers taking on the toxic handling role who suffered from depression, severe heart palpitations, chronic sleeplessness and even pneumonia. Often these are the acute symptoms that precede more serious physical consequences. This article also pointed out other previous studies that linked stress with higher blood pressure, increased risk of heart attacks and increased illness, including cancer.

Without question, toxic handlers pay a very steep price for what they do.

Even if they survive the emotional and physical demands of their role, many experience severe burn out and may simply leave their jobs or become significantly less able to perform their regular duties. It is very important both for their sake and for the sake of the company that their role is recognized or acknowledged and that action is taken to reduce their load to avoid the very real risk of losing them and their contribution to the welfare of the organization.

The role of toxic handler takes on a new twist with the healing professions. These include doctors, nurses, therapists and social workers to name a few. Here another level of direct toxic handling is added in their interactions with patients and clients.

The effects of taking on these extra burdens can range from addictions, for which the medical profession rates high on lists, to emotional and physical consequences not unlike those that occur in business. A typical result for those involved in counseling and therapy over extended time is weight gain. Why? Because, almost quite literally, they may be absorbing the pain of their clients without having found an effective means to clear, and the result is that their bodies take on the role of holding that pain. 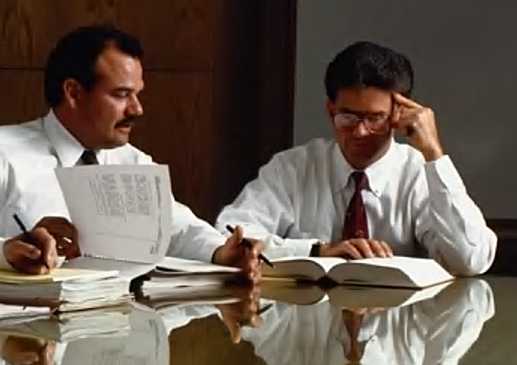 The down side of toxic handling for the company

As vital as toxic handlers are, there are major problems with what they do. For the organization, the down side is that much of what they do is clandestine, in that top management is often not aware of the scope of the efforts of these people and thus they may not be aware of the scope of the problems and issues that are being smoothed over. These need to be resolved and things that are not working need to be fixed, instead of maintaining a hidden band aid process. What can get in the way of solutions is the original blind spot or tendency for avoidance that contributed to the issues being ignored.

Only when the issues become a crisis are they dealt with. But now there are two layers of damage:

(1) The underlying problem has not been fixed

The first layer holds the consequences of not dealing with and resolving the problem in the first place. It has not gone away, and no degree of blame or of finger pointing will fix it. It has to be dealt with honestly and directly.

(2) The 'Band-Aid' causes more problems than it solves

The second layer holds the consequences of the choices that are made to make the problem go away. Often the people who ignored the problems in the first place do not choose the best solutions to address these issues when they become acute. Instead, the choices may be just as reactive as the original pattern of avoidance that brought the issues to a crisis, often with secret meetings, lack of transparency, rearrangement of departments and or staff dismissals.

As a result, there is both direct and collateral damage, and very likely no real solution. It also guarantees less trust, honest communication and willingness to participate in the goals of the company for all concerned if they felt treated unfairly. It may even set the seeds for future demise, because it attacks the cohesion and vision of the workers and staff.

The choices the a company makes with healing it's own internal dynamics becomes a cross-roads that will determine its future and its viability. If it acknowledges its problems and deals with them honestly and straightforwardly, it will become stronger.

If the management in a company develops an avoidance pattern through a lack of action or awareness, then it will set the stage for the erosion of its more valuable employees.

What can be done?

The first thing that needs to be addressed is helping the toxic handler undo their burden and clear their emotional load, the baggage as it were, that they have absorbed from helping others.

Although dialogue and counseling can be helpful, we have established a more effective and longer lasting solution.

That solution takes into account the personality of the toxic handlers, who often take pride in being able to 'take it', who may be attached to their role and the people they help, and who often put others ahead of their own self interest or even seeking help for themselves.

That solution focuses on the emotional load itself, by directly helping a client to release what they have been holding on to, at the level of energy and the dynamics of their emotional holding patterns.

This is where our team is able to draw on its depth of non traditional interventions that include corporate and individual healing from the shamanic traditions from the West, East and the Indigenous Americas. We work on the accumulated load itself, directly. Then, the understanding and new choices of actions that avoid further toxic loading follow more easily. It is the direct and faster approach.

The next major level that has to be addressed, are the changes that need to be made in the dynamics of the system itself in order to avoid a recurrence of the toxic loading. This is a very important and vital step, because underlying the toxic loading, is something that is working against the best interests of the organization and must be resolved. Covering up a major issue with a band aid is rarely an effective long term solution.

We approach this component in a non confrontational and a non judgmental manner. What frees us, is that we are able to examine the issues involved not only from a linear perspective, such as leadership training and conflict resolution, but also in a non-linear standpoint that addresses the organization in much the same way we would address an individual client. We improve the dynamics by helping to free the blocks and accumulated emotional history that is undermining the effectiveness of the team or organization.

This approach recognizes that each situation reflects how people interact with each other. A positive shift in these dynamics can go a long way towards removing the blockages and waste that can manifest when these interactions are ignored or suppressed.