The Currency of Trust

In a very real way, the currency in the interchange of people and companies is Trust. 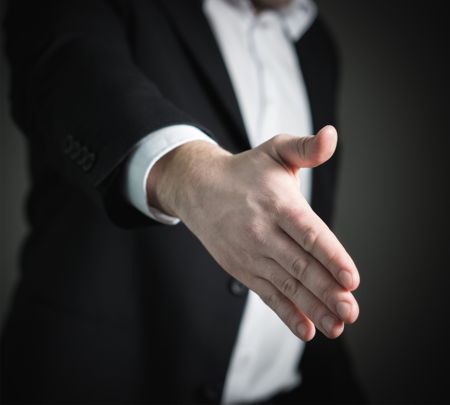 Trust Is the Hidden Cash Flow

In a very real way, the currency in the interchange of people and companies is Trust. We can see this clearly in the financial situation which developed in banking in these last few years. It was always the popular trust in the dollar and in the banking system that underwrote everything else. When that trust decreased, the financial system faced peril.

Trust as a currency is also very important with any organization. An employee needs to experience real life examples that they are being honored, valued and taken care of, and when that happens, trust builds in the relationship of company, employer and employee. In part, the currency which trust supports is the free flow of ideas, creative solutions, constructive feedback, enthusiasm and willingness of employees to give from them selves to the community in which they work.

That trust is easily damaged when employees witness situations where one of them is not honored. For example, the manner in which someone is fired or let go of, lets people know whether that trust is justified. Consider the consequences of when an employee is terminated with little notice and with little regard for their fate, except for their termination package, which both parties are already committed to.

Then consider the difference it would make if the company lets the employee know what is likely to occur, and in addition to the known termination package proceeds to make it their business to try to find another job for the employee and negotiate better terms for the employees' finances through third parties. In other words, the company demonstrates that it may have been forced to make a decision, but it will do all it can to support the employee through their transition process. They in effect, let all of their employees know that they can trust their employer, and that the employees' enthusiasm and trust has not been wasted.

Another example: John, a draftsman, suggests an improvement to a building design to his supervisor, an architectural engineer. If John's idea is criticized or ignored, then John will lose trust in his supervisor. It would even be worse if his supervisor incorporated the idea without giving John the recognition he deserves.

John’s trust would be maintained if his supervisor weighed the suggestion honestly in front of John and reflected his opinion, without dishonoring him. That employee’s trust would grow, if the idea was useful and he was appropriately acknowledged.

The level of trust directly determines the enthusiasm and the degree to which openness and energy flows between employer and employee. In a similar manner, it determines the enthusiasm and openness that flows between a company, its customers and the public. For example, when the recent flaws in Toyota cars became public knowledge it affected trust, and Toyota spent an incredible amount of money and energy to demonstrate that that trust should continue.

Trust is the hidden cash flow. The positive side of trust is even more important. Consider the Apple Corporation a few decades ago. In spite of a number of management decisions that many have questioned, including practically ignoring their Apple II line of computers that was their main source of revenue for several years, people continued to trust the company. That trust was demonstrated in loyalty. Some would argue that it was the cash flow in trust and customer loyalty that saved Apple Corporation during those years.

Many companies are facing ‘those years’ now, and the currency of trust must not be ignored.